Circling Turns in a Fence Run

Finally, there’s clarity on the circling turn! The NRCHA 2020 rulebook now has a 2- point penalty for a horse that “fails to change sides after a circling turn, prior to the first circle” 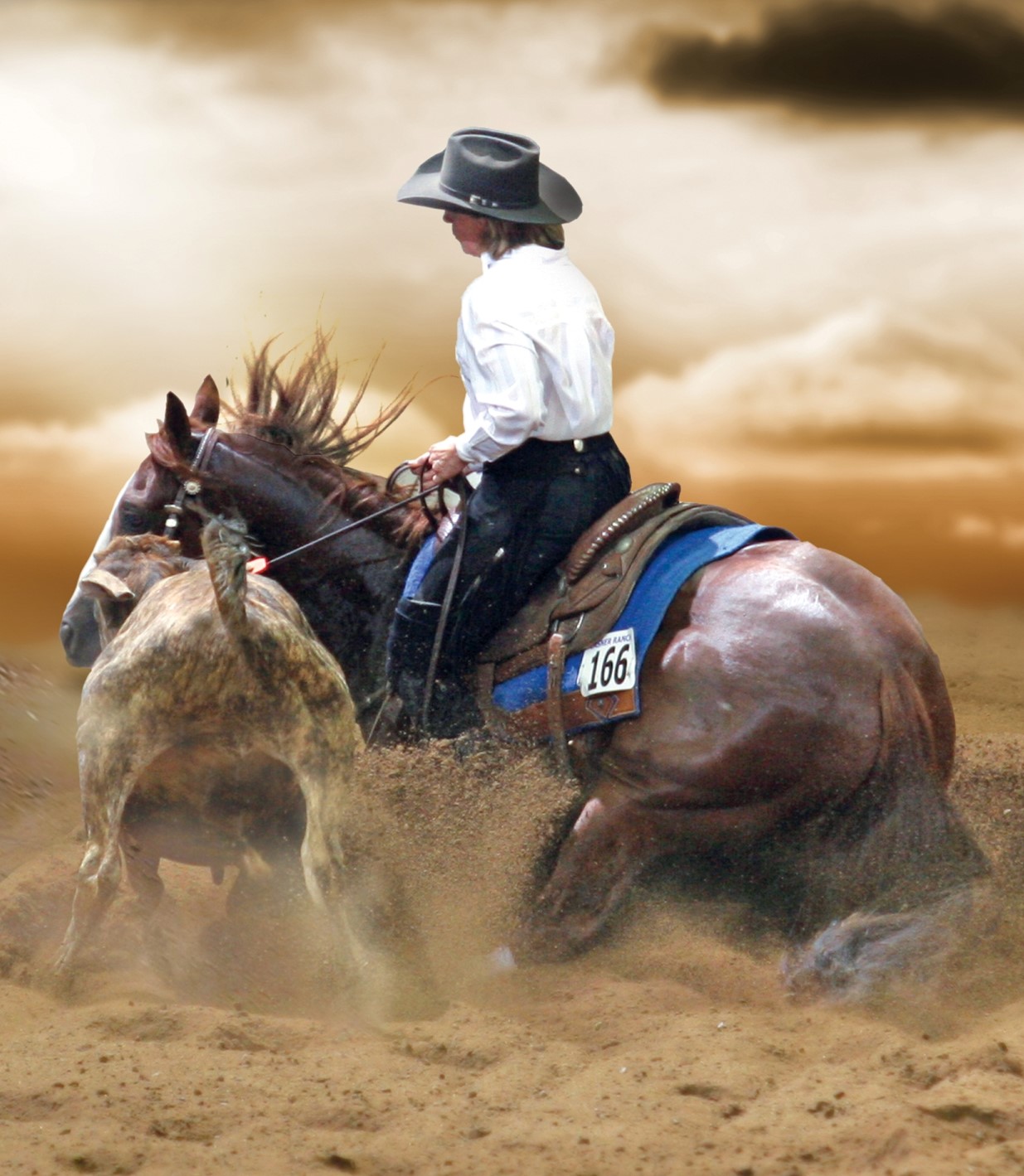 What is a circling turn? When the horse is in the open field (20’ off the wall) and turns the cow, it is called an “open field turn”. It is very hard to execute well, because there’s no fence to help keep your horse on his butt and help keep the cow contained. If your horse gets on it’s hocks and stays close to the cow, it can be a big credit, because it’s very difficult to do, but it can be hard to differentiate between an open field and a circling turn.

An open field turn becomes a “circling turn” when the horse doesn’t use his hocks and continues right into circling it after making an open field turn. It looks more like the horse is actually circling his cow while he’s turning it. It is not a difficult maneuver to do, but it’s hard to judge. Where does the turn stop and the circle begin? They blend into each other like a run on sentence. Both maneuvers have to be judged separately, so it’s important to know when one stops and the other begins.

It’s best never to make the judge have to decide something like that. The solution is to switch sides before circling. That’s hard to do and it shows the judge where your turn stopped and the circle began. It also demonstrates a lot of control at that high rate of speed.

You might say that’s a lot of fuss about nothing, but circling turns can get the audience really excited. Those runs are fast and action packed, and many a good judge has gotten tricked into marking a circling turn run higher than it should be. Lots of spreads come on a run with a circling turn (a spread is when there’s a large spread between scores. For instance, one judge marks a 69 and another a 73, on the same run).

The solution to that is making it a 2 point penalty to make a circling turn and not change sides before circling the cow. Now, if all the judges don’t penalize the circling turn, that run will be reviewed. The judge(s) who didn’t call that penalty, have the opportunity to adjust their score.

Now, the score becomes very fair and very accurate. It takes all the guess work out and the judge knows exactly how to record it, and how much to credit or debit the run. It helps the riders and the audience know why a fast, exciting run doesn’t always score as high as they thought it should. It also adds a degree of difficulty that helps separate horses that have a fast, hard run with an open field or circling turn and exhibit exemplary skill in handling switching sides first versus a run with a circling turn that spills into their circles.

Would love to see video examples of a well executed turn and one that would be a penalty.

So glad to get this clarification. I watch as much of the live streamed events as I can and have seen the circling turn become the circling and have wondered about it. It seemed to me that one manuever or the other got short shrift. The new rule seems like it will address the problem well. Thanks Sandy.

Would be nice to see a video of exactly what you are talking about. I’m having a hard time visualizing this.

Mark – I thought the exact same thing. A video comparison would help me to understand.