The quicker you get your job done with the cow in the fence work, the better chance you have of a big score. That said, many scores have gone way down, because the rider decided to go with 2 turns on the fence instead of 3. 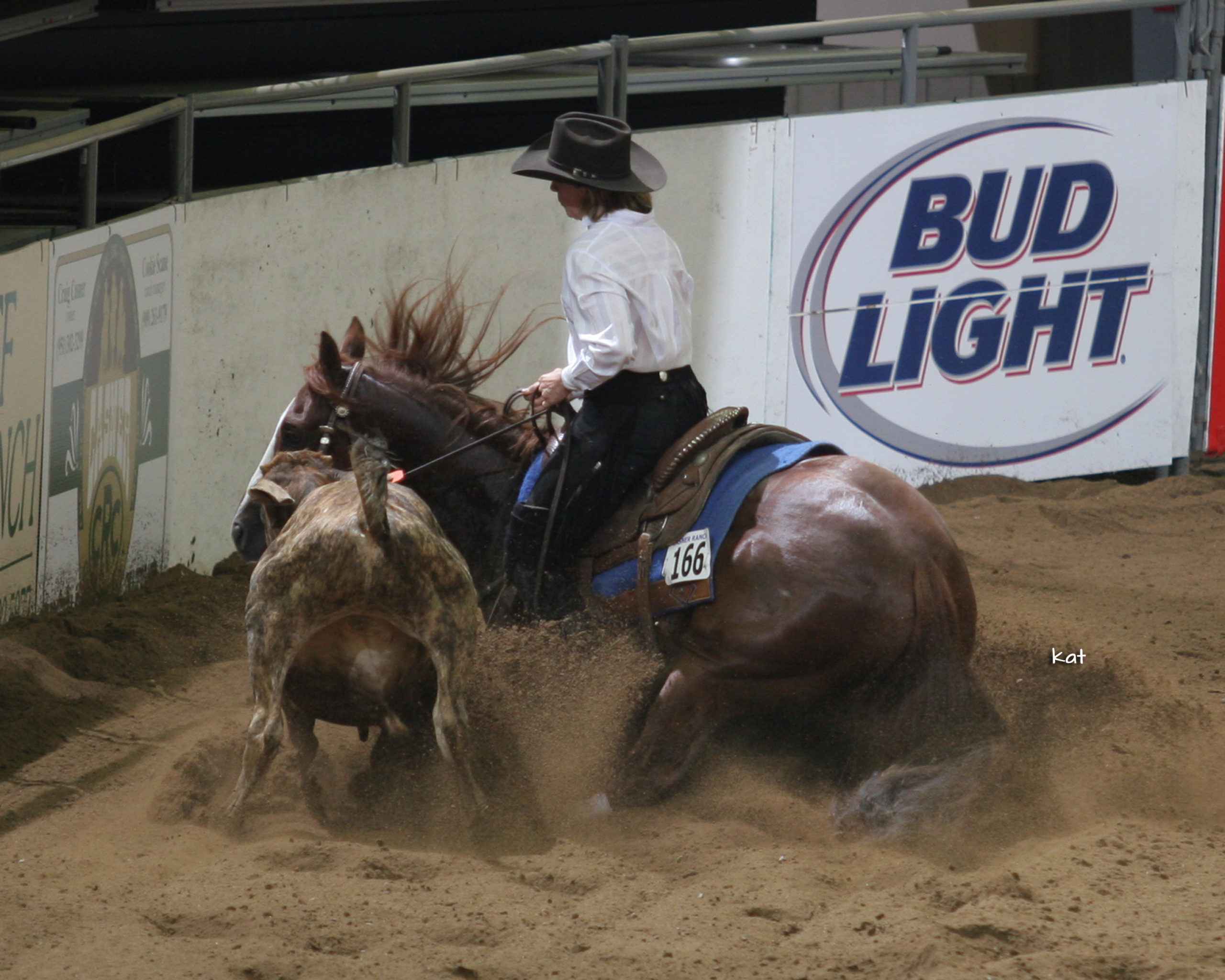 Dun It With Chics- One of my all time favorite fence horses. He could circle so fast, I never had to worry about 3 turns, but that’s the exception not the rule!

There’s a little bit of strategy involved with making that decision. If you’re in the prelim’s and you don’t need a big score to make the finals, you might take a third turn to be sure you don’t get outrun when you circle. However, if you’re already in the finals, and you’re going for the Big Burrito, you might go with 2 turns if your horse is an excellent circler. Then, there’s always the cow coming off the fence, and going out towards the middle after your second turn. You’re just flat stuck with circling without a third turn, in that case. There might not be a worse feeling in showing, than starting to circle, only to have the cow grab another gear. It’s like being caught on the end of the whip. There’s really no repairing that. You can switch quickly to the other side well before you’ve completed your first circle, and gain a bit of ground (be sure to come back and circle the original way though), or loop it back for another turn on the fence. Either way though, you’re not fooling the judge! Just make the best of it. In general, 90% of the time, it’s better to take a third turn, so until your level of experience dictates otherwise, I’d just plan on it.

Hi Sandy. Oh man this is a beauty. I went back to read the rule book. Great wake up.
We will be back showing too, one day. I miss it so much.