Essential 6 Moving Off Your Leg Troubleshooting

Common problems in getting your horse to move off your leg, and how to fix them. 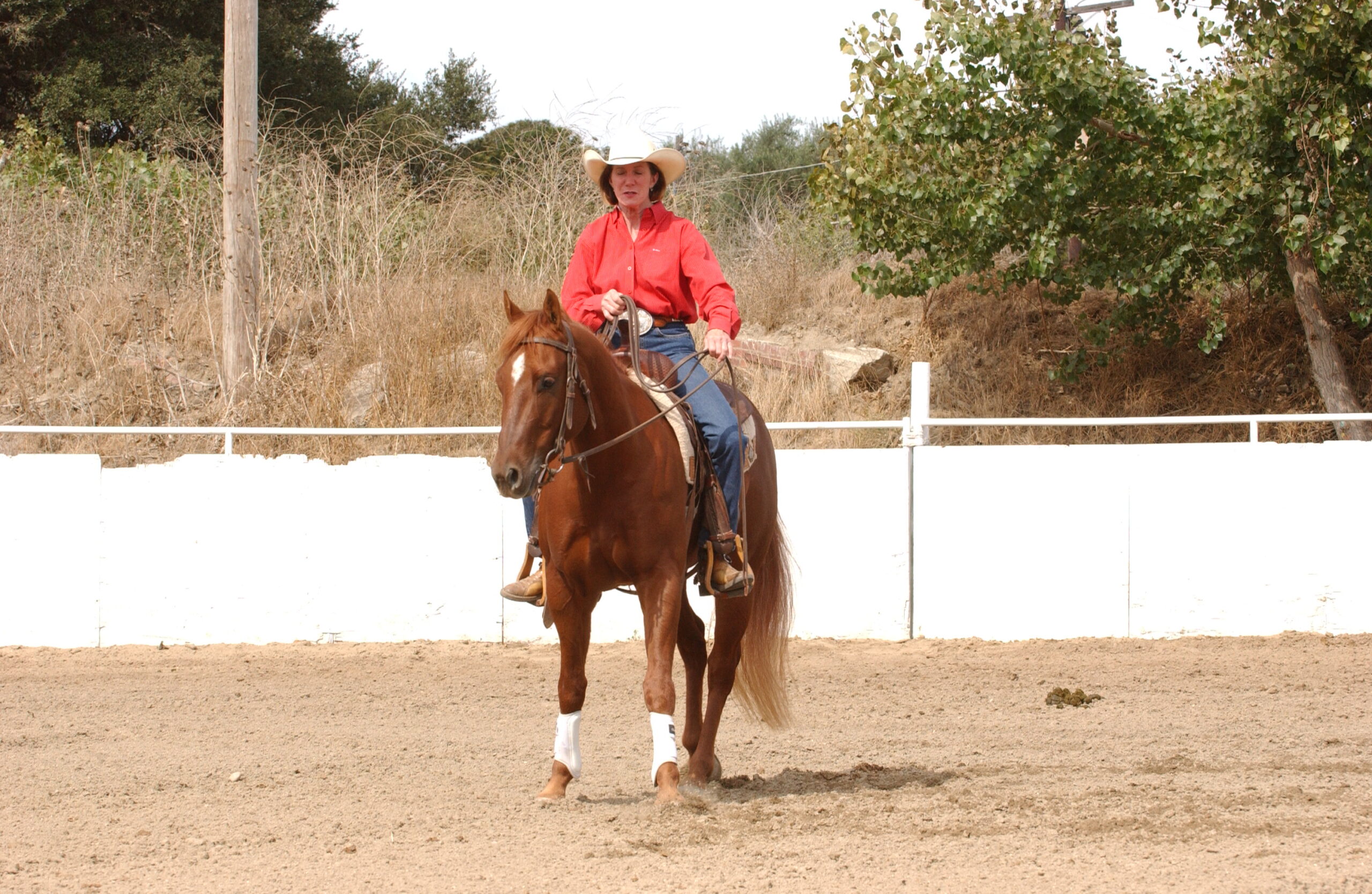 • Unevenness which means one end is getting ahead of the other along the fence or diagonally across the arena.

Moderate your cues for the end that moves too fast.

It’s usually the front end getting ahead, so hold the rein on that side closer to your horse’s neck in a more neutral position to slow it down and use your leg more aggressively to catch the rear end up.

In the picture above, the horse is pretty even. If he wasn’t, my left hand would move closer to his neck to slow his front end down while I caught his hind end up with my right leg.

• Raising his head/bracing his neck.

To get him to soften, bump with both legs in neutral position for a moment while holding with both reins, to drive him up into the bridle.

If need be, bump the bit lightly on one side and then the other while you drive with your legs and go straight ahead for several steps to break up his resistance. 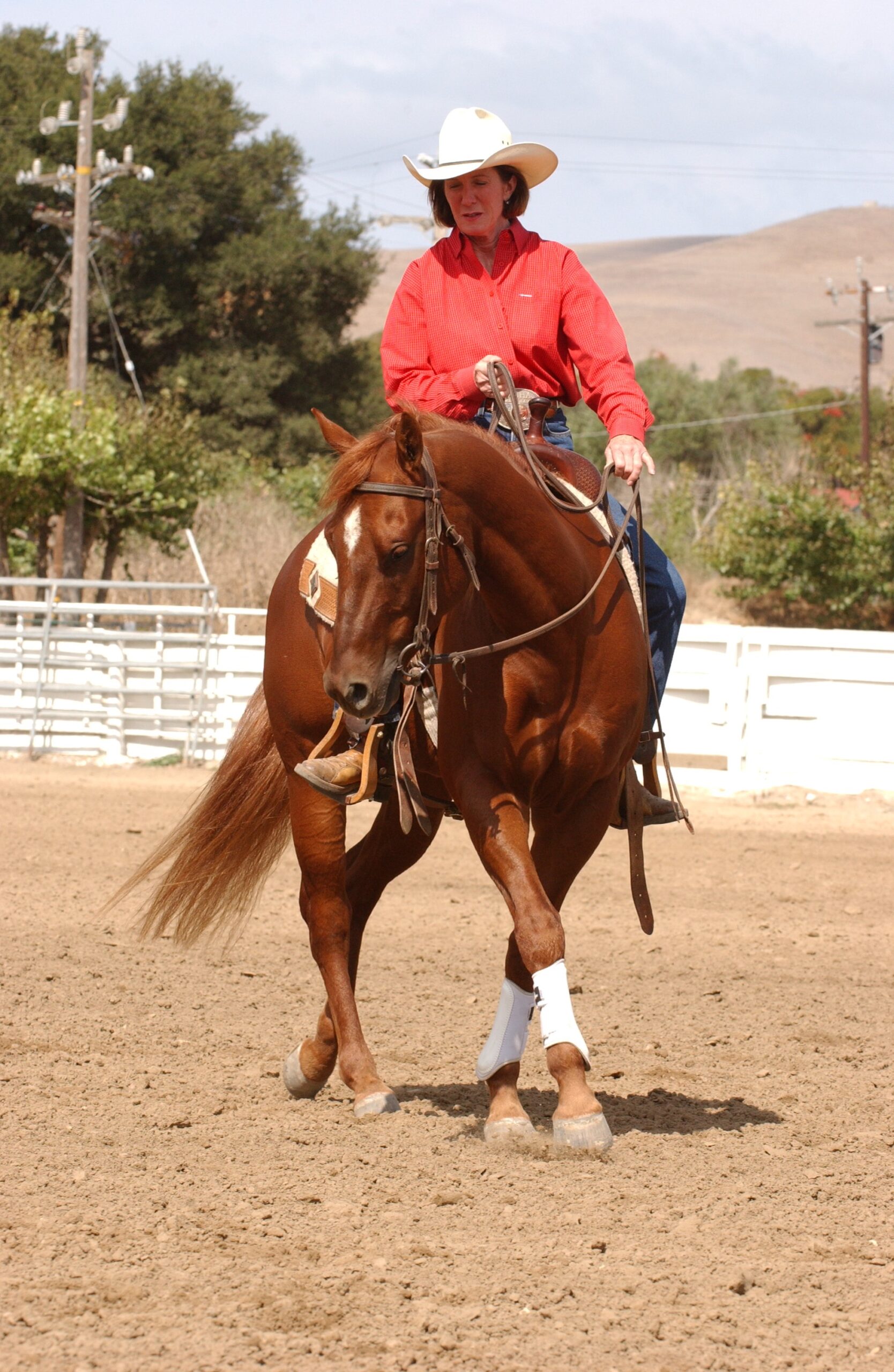 • Cranking his head off to the side (away from the direction you’re going). See in the picture above.

This is usually us compensating for the fact that our horse isn’t moving off our legs enough, so we crank their heads in an attempt to try to get them moving laterally.

Instead, try to straighten your horses head out and use your off leg more vigorously to make him move off it.

A dressage whip can be very helpful in this instance.

Lateral movement done correctly is an excellent way to get your horse responsive to your cues, more supple through his body and softer in his mouth, so do lots of it! It’s a foundation block for lots of things you’ll want to do later like opening gates, maneuvering around obstacles on the trail, and it’s challenging because it requires being able to control both ends simultaneously. That’s why I consider it essential.

Thank you for your information above! Do you think when you are teaching basic leg cues it is ok to bend their heads in order to “teach” the horse more easily to move their shoulder off your leg in both directions which will help in counter bending? Then can straighten them out with your reins (using both direct and indirect rein) to be straighter when teaching them two tracking stage two—straight body? Carol 🙂