During the run down the fence, if your cow tries to come off it and you are right there, it probably won’t try again. Whatever a cow gets away with once, it will usually try again.

Also try to make the first run down a long one to give you plenty of time to set up your second turn lest you end up with a penalty by not catching it before the corner. It will also take more air out of the beast and show off your ability to rate.

Often the cow forces the rider to have to loop it. After the first turn, if the cow comes off the fence at more than a 30* angle, I’d consider this option though it doesn’t increase the degree of difficulty or your control of the cow, it does usually set you up for a better second turn.

As long as there’s no separation (loss of control), the loop is seldom a penalty. (See the illustration below. The horse is the brown arrow and the cow is the black blob. Please excuse my lack of artistic technique.)

Depending on the speed of the cow, it’s usually a good idea to take a 3rd turn. That sets you up to circle in the middle of the arena which is where we’re supposed to circle anyway and makes it easier to stay away from the out gate and the arena walls.

Bovine psychology dictates that it’s easier to control a cow the further they are from the herd and the gate that brought them into the arena in the first place! Be sure to get all the way up to where your horse’s nose is on the cow’s ear before you start making them circle lest they lean back into you making either or both of you fall down.

Then, be sure to circle the first way at least 360* before you switch sides, always being sure to change while the cow is heading towards the center of the arena and not the side wall.

If you lose one while switching sides, not only is it a 1 pt penalty, but it can be very difficult to get them off the wall again when they are tired. Then, it’s just a matter of circling going the other way before you hear the wonderful sound of the judge’s whistle blowing! 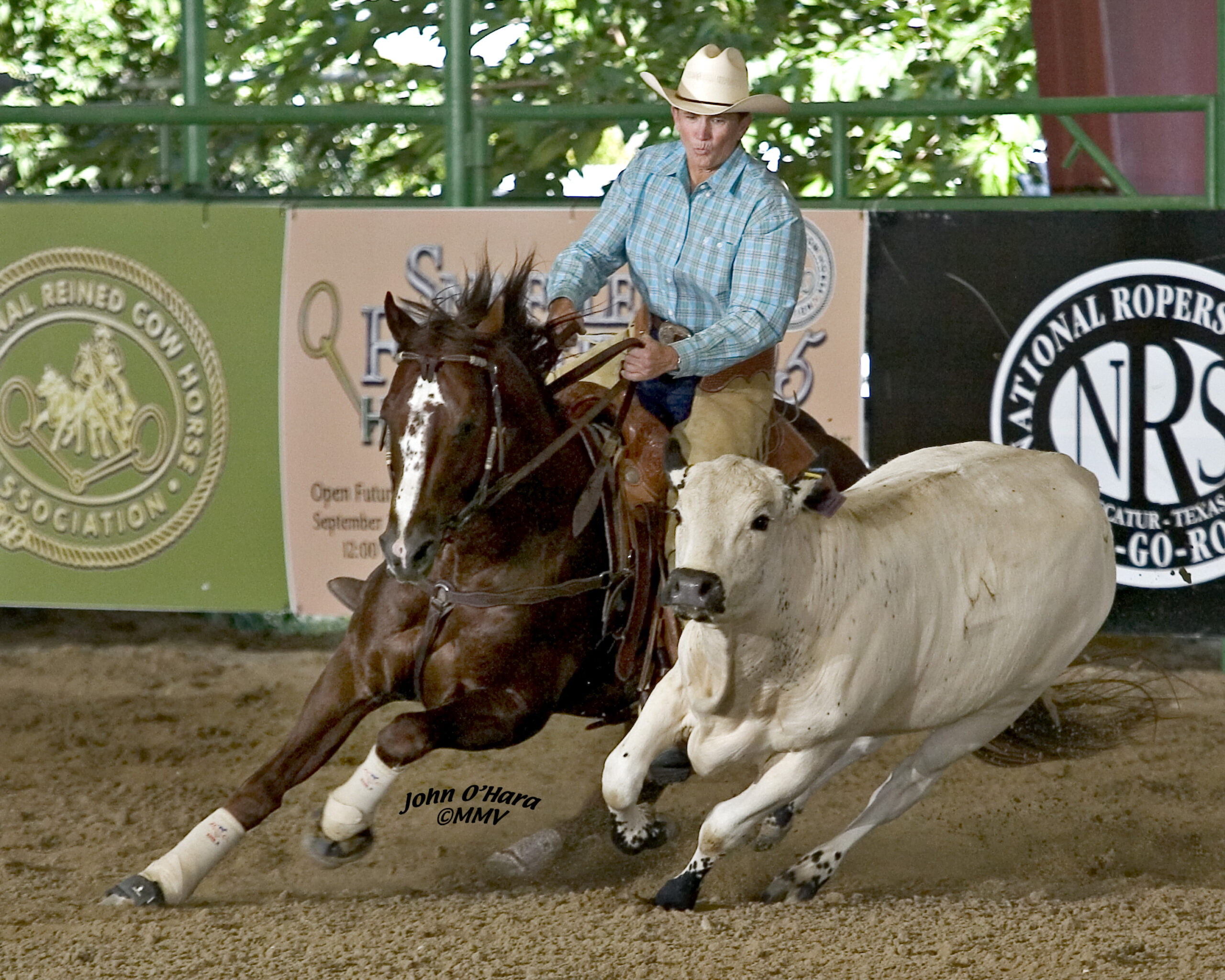 Thank you! All the great instruction helps, now to put it to action!