Teaching a horse to stop brings out all kinds of problems, not because the horse wants to be bad, usually it’s our lack of timing, and balancing on the reins that causes their resistance. 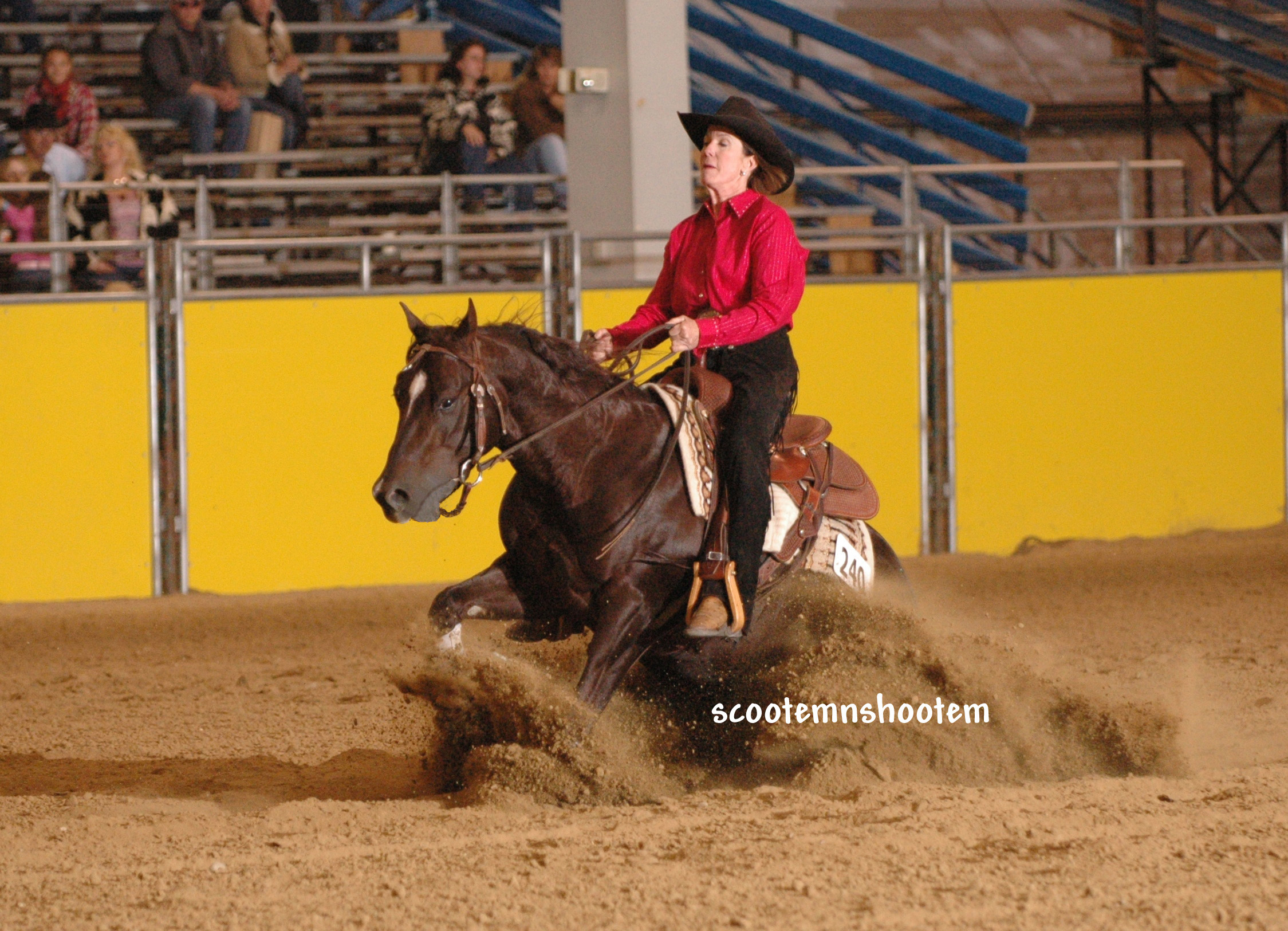 Troubleshooting. Common problems in basic stopping, and how to fix them:

• Not trying to stop at all:

Use the doubling and/or circling maneuvers. Getting pulled around and/or circling will start to feel like a lot of work to your horse, so he’ll learn that simply stopping is easier. Once his feet stop moving, release all aids and sit while you praise him.

Get a bit more assertive with your hands as you’re backing him a step or two once he does stop. Then sit quietly for a while and scratch his neck.

Shift his center of gravity back by sitting back yourself and picking up your reins chest height, (don’t pull down toward your hips) and holding them steady while you bump with your legs in neutral position until your horse picks up his shoulders and backs up off the bit. It will feel as though his shoulders have lifted up into the area under the front of the saddle and his back has rounded. Then, the next time you ask for the stop, make sure you’re driving him with your legs to keep his hind end engaged as he stops and then backs up off the bit. Also, be sure you give him a chance to stop before you pull, and let him rest when he does.

• Stopping crooked (by leaning or dropping a shoulder).

You’ll probably notice that your horse leans to his left side (because of that natural asymmetry of horses) and/or towards the magnet of the barn or the out gate. This causes him to kick his hip out to the right when stopping.

First, don’t ask for the stop if your horse is moving crookedly—go around again and use your reins and legs to straighten him out, then ask. If, despite your best effort, he still stops crooked, back him for a few steps on the straight line you were originally on, then turn him 180 degrees away from the barn or whatever was the magnet.

For example, if he’s leaning left then you’re correcting him to the right, bring your right rein back towards your right outside belt loop and let your left hand come toward that same belt loop, only stopping at his neck (without crossing over it), as you push him with your left leg at the cinch and roll him back to the right. This will help you get his shoulder realigned, so he keeps them both picked up.

Thank you. Finally, someone explained to me why my horse will drift. Dang those barn magnets. Now I understand the 180 and 360 exercises and how I can better use my aids to keep the drift from happening.