Remember — horses learn from the release of pressure, not the application of it.

When you release pressure (either from your legs or reins), your horse will associate that reward with whatever he was doing immediately before the release.

So, if you’re a split second late releasing, you’re slowing his learning, or even inadvertently “rewarding” something else entirely.

If you’re asking for a step backward, the instant he even begins to think “back,” you should soften the reins for an instant as a reward, then resume asking. But if you miss that moment, and instead lighten as he’s raising his head or opening his mouth, you’re rewarding him for what you don’t want. 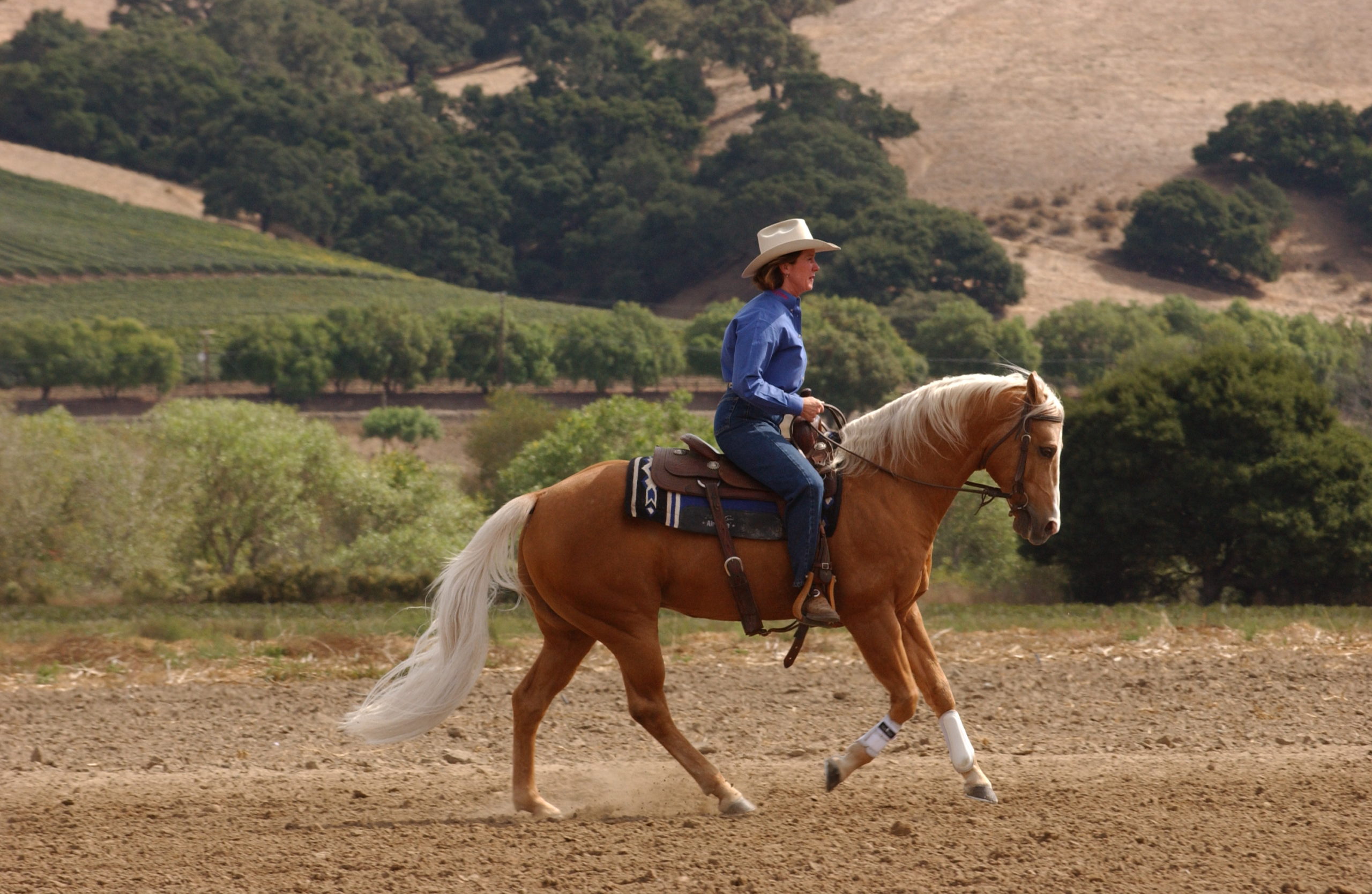 Now is a perfect time to release, if I want to teach my horse to lope softly framed up. 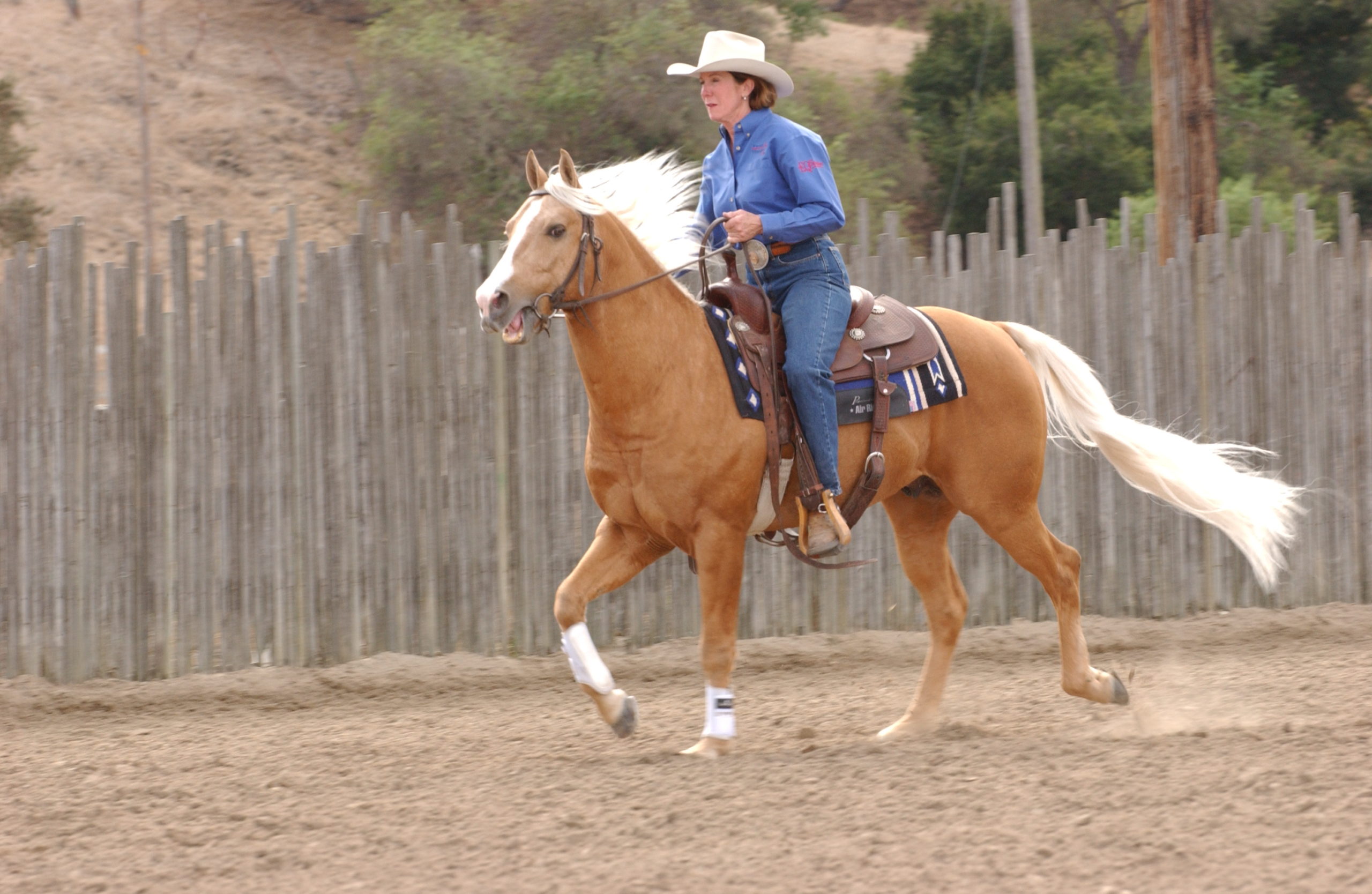 • Be consistent and fair.

A cue can’t mean one thing half the time, and something different the other half – because you don’t enforce it.

If you’re inconsistent in your follow-through, you oblige your horse to choose whether you really “mean” it each time you ask. That gives him only a fifty-fifty chance of doing the right thing.

Inevitably, he’ll choose the easier, and in most cases, wrong thing and get himself in trouble. This inconsistency on your part is like lying to your horse. You must be honest to gain his trust and respect.

Similarly, you must never lose your temper. When you do need to make a correction, it must always fit the infraction, and never be done with anger or impatience.

Never suspect that your horse is trying to be bad on purpose—he isn’t. You probably confused him, so take that into consideration in your response. A scared and intimidated horse isn’t going to try for you. But if he understands that you’ll always be fair with him, he’ll get confident enough to give his all.

That said, don’t hesitate to “raise your voice” if that’s what’s needed.

Any time your horse doesn’t respond the way you want, don’t compound the problem (or create a new one) by taking a hasty or overly aggressive approach.

Let’s say, for example, your horse is getting racy instead of staying in the steady lope that you’ve asked for. You really feel he should be “getting it” by now, but instead of losing your cool, you simply take all slack out of the reins, then draw him to a trot, then a walk, then a stop, then a back-up—all in about six or so strides. Then you sit for a while, give him a chance to relax, then you try that lope again.

If, instead, you jerk him into the ground, scaring him, then the next time he’s going fast, he’ll start worrying about getting jerked, and the problem will have been compounded.

In other words, when you do it the correct way, he thinks, “Oops, I’m racing along here…now she’s picking up the reins to break me down…I guess I’ll give her my face and come to her, because I know she’ll insist on that, but then at least I get to stop and rest.”

But the other way, he thinks, “Oh no!!, she’s picking up the reins and she’s going to rip me a new set of lips…better brace my jaw and get my head up to protect myself.” See how that works?

All of these tips are really common sense ideas, but sometimes we don’t take the time to think through what our actions are really telling our horse, and sometimes it’s just a matter of explaining it to him differently. Deal with your horse like you would deal with a 5 year old child.

Thank you so much. I like the second scenario about Solve, don’t create problems! What a good example you gave. But when a horse really knows something, isn’t it ok to go from “asking, to telling” at some point?

Thank you very much. That all makes perfect sense!!

Thank you for the consistent & positive reminders to be partners with our horses. We get to be the managing partner…we are a team. You are gifted horsewomen!!

Perfect timing of the article, good reminder for riding a hot feely MARE in the spring.

Thank you for all your positive helpful information! It helps me feel calm when I’m uncertain, about my …. process/ always working always learning loving most minute s of it!