Training horses is not supposed to be stressful for them or for us. We only need to be smarter than they are to stay ahead of them. (If the reverse were true, they would be “riding” us, right?) Ideally, we use our bigger brains to make learning seem do-able and feel non-threatening to our horse.

Here are the first 4 of 20 rules of thumb for “riding smart” that I’ve accumulated over the years. 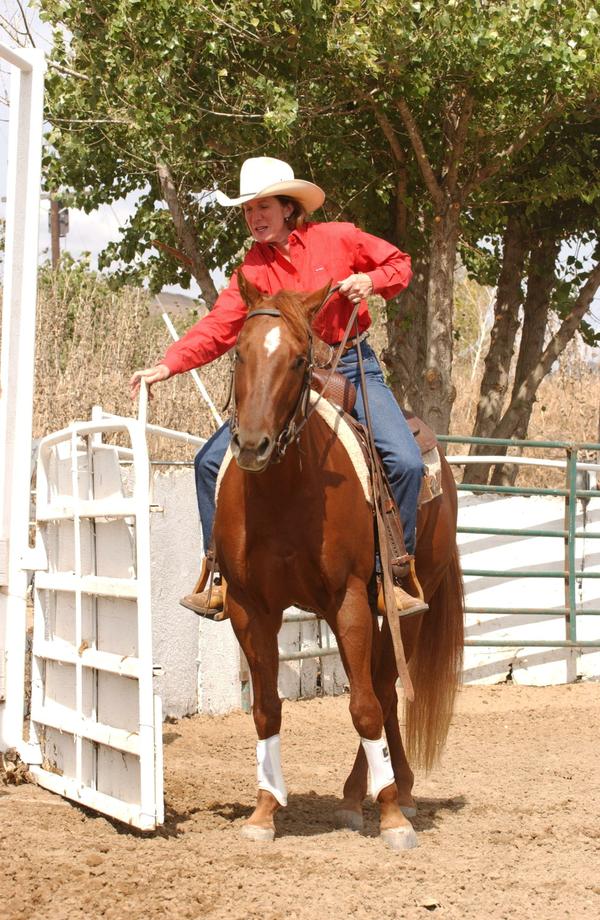 So, use your aids in a way that enables your horse to “find” what you want, rather than forcing him to do your bidding. Yes, hauling on the reins is one way to get a horse stopped. But how much better to lope him until he’s a bit tired, so that when you pick up your reins, he wants to stop. Help him figure it out by making what you want easy, and give him time to , then reward him when he does the right thing. Your horse must have confidence in you, that if he needs a moment to think something through, you’re not going to get all over him for it.

Once he’s figured out the what, only then can you start teaching him the how—using our stopping example, once he wants to stop, then ask him to get his hind end up under him as he stops, stay off the bit, stop straight and rock back a step, and so on.

Think back to your school years…did you learn more from the teacher who rushed you, then bullied and humiliated you for a wrong answer? Or from the teacher who set you up to find the right answer, then told you how clever you were when you got it? If you help your horse—instead of hammer on him—when he’s confused, he’ll start to think of you as a friend he can look to for guidance when the going gets rough.

I’ve attached pictures of getting your horse into position to open and close a gate. Patiently, make him get exactly where you need him to be rather than making a hasty reach for the gate. Then, let him rest there. Pretty soon, that’s exactly where he’ll go. If you need 2 hands on the reins in the beginning, ask a friend to help move the gate slowly, while you position your horse to open and close it. 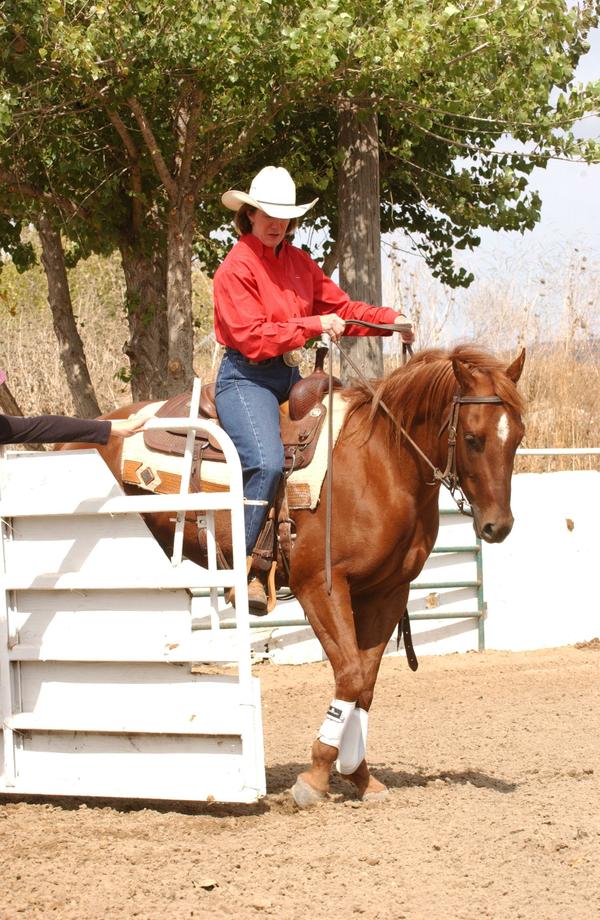